Recruiting and Retaining Women in the Building Trades

The construction industry lost more than one million workers near the start of the COVID-19 global health crisis in 2020. While employment has partly rebounded, demand for skilled labor is surging. Adding to the demand is the Infrastructure Investment and Jobs Act, which the White House estimates will create two million jobs per year over the next decade.

One answer to the construction industry’s chronic need for skilled workers is to shake up its current recruitment strategies to attract and retain more women. Women are a critical talent pipeline for the industry, as discussed in our analysis of the infrastructure law’s impact on construction.

Today, women represent 11 percent of the construction workforce, and even fewer, 4 percent, are in the building trades. While the trades are known for strong pay and high-quality benefits, material improvements are needed to change the environment and to attract more women. This includes extending family-friendly benefits, promoting financial security and appealing to the next generation of workers.

Interest in apprenticeships is growing

To understand the current landscape for women in construction, Segal analyzed news coverage between January 2020 and June 2022. Over the past two and a half years, addressing the industry’s chronic labor challenges and expanding career opportunities and supporting women in the trades dominated the conversation. The large spikes in coverage in March of each year coincide with National Women in Construction Week. The annual event promotes women in construction and challenges career stereotypes. During the study period, we also observed growing interest in diversity, equity and inclusion (DEI) strategies and efforts to expand pre-apprenticeship and apprenticeship programs to support women as pathways into the field.

Expanding Opportunities for Women in the Trades

Support for workers with caregiving responsibilities 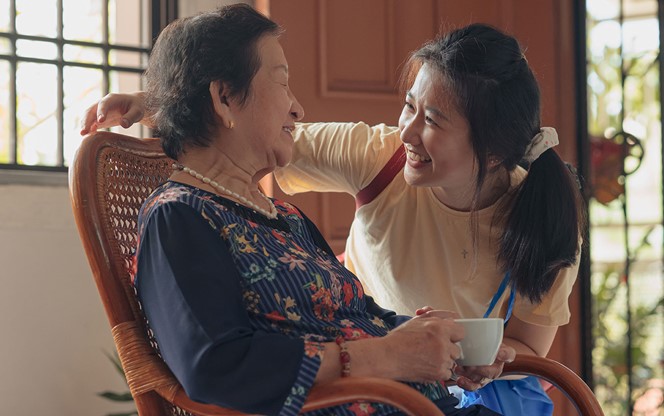 Women are more likely than men to take on unpaid caregiving responsibilities. At the start of the COVID-19 pandemic, 3.5 million working mothers of school-age children quit their jobs or reduced their hours to take on additional childcare and household responsibilities. By January 2021, 1.6 million women had not reentered the labor force. While mothers across all race and ethnic groups faced challenges in the labor market, Black, Hispanic and Asian mothers who had no other working-age adult in the home left or lost jobs at a higher rate than White, non-Hispanic mothers.

A 2019 study by ReadyNation and the Council for a Strong America estimates the childcare crisis costs the U.S. $57 billion annually in lost earnings, productivity and revenue. The study found 86 percent of primary caregivers said problems with childcare hurt their efforts or time commitment at work.

Improving access to affordable childcare that accommodates construction schedules could make a difference in attracting parents of young children to the trades. Connecting potential candidates with grants and other programs that support care needs can help remove obstacles that may prevent individuals from pursuing a career in the industry. 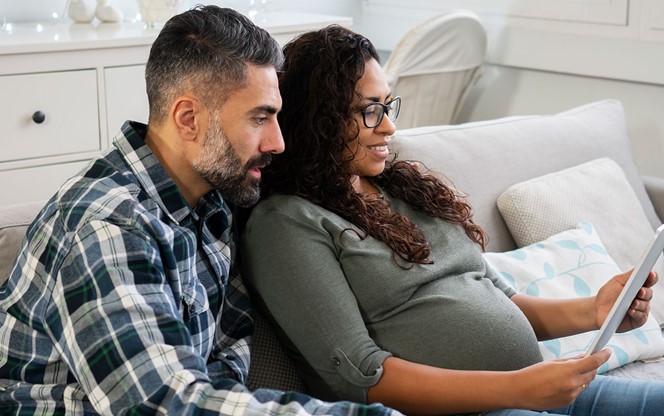 Growing social equity concerns are propelling many organizations to reevaluate their benefits strategy to meet the needs of a diverse and changing workforce. The U.S. Supreme Court’s ruling in June that the Constitution of the United States does not protect the right to obtain an abortion has required employers and plan sponsors to assess how this decision impacts their benefit programs and policies. Among the many issues to consider are health plan coverage, mental health benefits, paid leave, dependent and caregiver benefits, and family-building benefits, as discussed in more detail in our insight, “Roe Overturned: What Employers and Plan Sponsors Need to Know.”

A comprehensive approach to family-building, regardless of gender identity or relationship status, can be critical to talent attraction and retention. Fertility benefits, adoption, egg harvesting and surrogacy coverage are key components of an inclusive family-building benefits package. Benefits can be made available through a variety of options to allow workers to build their family and participate in the workforce.

Maternal health programs are essential to reducing health risks and mortality rates. In 2020, the National Center for Health Statistics reported maternal mortality rates increased 14 percent over 2019, with growing racial disparities. Mortality rates were significantly higher for non-Hispanic Black women (55.3 deaths per 100,000 live births), compared to non-Hispanic White (19.1) and Hispanic women (18.2). The CDC reports 60 percent of maternal deaths in the U.S. are preventable. Increased access to prenatal care and social, emotional and clinical supports can reduce pregnancy complications and improve maternal health and birth outcomes. A 2021 report from the Commonwealth Fund found that community-based approaches can improve patient experience and reduce costs, particularly among those most at risk for poor outcomes.

Other benefits to support working caregivers include dependent care flexible spending accounts and parental leave. In 2017, the Iron Workers Union and the Ironworker Management Progressive Cooperative Trust (IMPACT) became the first fund to adopt a comprehensive pregnancy and maternity leave policy. The benefit includes six weeks of paid maternity leave (eight weeks in the case of a cesarean birth) after the birth of a child. The policy also provides a pregnant member with up to six months of paid leave at two-thirds of her usual earnings, capped at $800 per week. Maternity leave benefits are becoming more popular in the trades, as highlighted in a 2019 study by the Chicago Women in Trades.

Unions considering maternity or other parental benefits should consider the advantages to both women and men. Parental leave can improve morale and have a positive impact on the health and well-being of workers and their children. In addition to offering benefits, some unions may opt to increase member awareness of state paid family leave programs. A small number of states offer these programs, providing a cash benefit to eligible workers taking on caregiving responsibilities.

With high wages and good benefits, the building trades can be a promising path to financial security. The gender pay gap in construction is one of the lowest of any industry, with women earning 95.5 percent of what men earn, according to BLS data. Despite the similarities in pay, women’s lost time associated with having children or taking a break from work to care for someone creates long-term disparities. One way to address this disparity is to apply pension credits to other types of leave in addition to disability leave.

The global health crisis has added to individuals’ financial worries. Nearly two-thirds (65 percent) of workers surveyed by BrightPlan say they are stressed about their finances. When workers are under stress, their physical and mental health can suffer, leading to lower productivity and engagement. Financial wellness programs can help, including financial education, debt management services and financial planning programs.

However, a “one-size-fits-all” approach is unlikely to meet the needs of all women. Differences in education, family structure and financial literacy across underrepresented female minorities can impact financial well-being. A 2021 report from the TIAA Institute found Black and Hispanic women accumulate fewer assets than White women and are more likely to engage in costly borrowing behavior, such as taking a loan from their retirement accounts. The study also notes differences in financial priorities, finding Blacks and Hispanics are more likely than Whites to provide financial support to family members, including taking care of parents and other relatives. Understanding these differences and targeting programs to the needs of a diverse population can fuel financial well-being.

Inspiring the next generation of workers 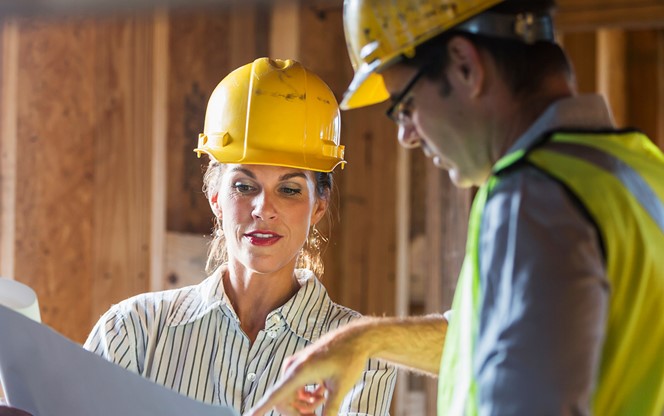 With men comprising the majority of the construction workforce, it can be difficult for some women to see the building trades as a relatable career path. Job bias, workplace culture and discrimination can discourage women from entering the field and limit access to training and promotions. In addition, worksites and protective gear primarily designed for men can put women at an elevated risk for injuries and fatalities. Advancements in the industry, including manufacturers offering properly fitting, personal protective equipment in a range of sizes, can not only make the worksite safer, but also open the door to more women.

Encouraging more women to join the building trades and take on leadership roles can also help improve the environment for women and inspire others to join. Networking opportunities and supporting the appointment of women to boards of trustees and elected leadership roles can lead to meaningful change.

The next generation of workers may be more open to a career in the skilled trades. A 2020 survey of high school students by the nonprofit ECMC Group and Vice Media found many students are interested in careers in the skilled trades. Nearly two-thirds (61 percent) of those surveyed believe a skill-based education makes sense in today’s world.

With half of respondents concerned about graduating college with a high amount of debt, vocational programs in high schools, trade schools and community colleges offer an affordable alternative to a traditional college. The average cost for a trade school education is about $33,000, a fraction of the cost of a four-year degree at a private institution. In addition, joint labor-management apprenticeship programs are free to union apprentices and structured to accommodate apprentices working while also taking classes and receiving hands-on training.

For women who decide to enter the building trades, mentorship programs and networking opportunities can be critical to pursuing a long-term career. Some unions have created women’s committees to help support women in the building trades. One example is the United Brotherhood of Carpenters and Joiners of America’s Sisters in the Brotherhood (SIB) committee, first formed in 1998. SIB committees are active in recruiting, retention, mentorship and networking.

Lean In Circles for Union Tradeswomen is a peer mentorship and training program. It brings together small groups of women to connect, share advice and learn new skills. The Lean In Circles were created in partnership with LeanIn.org, North America’s Building Trades Union (NABTU), AFL-CIO and Build Together. These networks and committees can help build confidence. For example, becoming the “go-to” expert on health or pension benefits can build trust among workers, promote collaboration and create leadership opportunities.

Women are an essential part of addressing the construction industry’s skilled labor shortage, but more needs to be done to create a supportive and inclusive working environment. Offering health benefits that meet the unique needs of women and their families; assisting women to build financially strong and secure retirements; and providing families caregiver assistance can help. Benefits such as these along with training and mentorship programs can improve the culture and encourage more women to pursue a career in the building trades.

What is your organization doing to attract and retain women in the building trades?

Infrastructure Construction: Get Your Firm Ready for Work

Make sure your firm is ready for infrastructure construction.

Get more insight on how to create a family-building program for your organization.

Building and retaining a labor force is harder than ever. These strategies can help.