As a result of sustained high rates of inflation over the past several months, the 2023 retirement plan limits recently announced by the IRS reflect unprecedentedly large increases over the 2022 limits. The high inflation has similarly affected the 2023 update of annual amounts published by PBGC and Social Security. 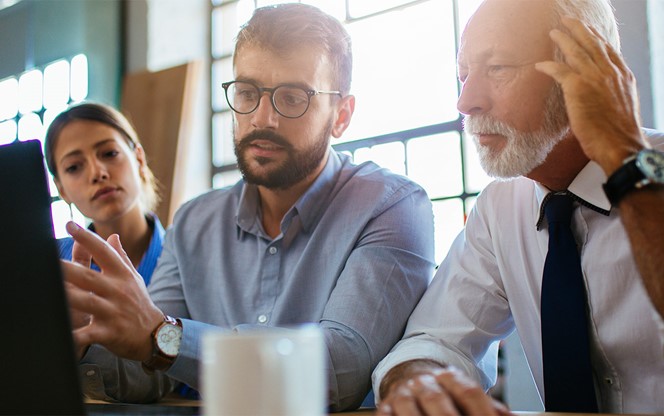 In this article, we examine the implications of the 2023 limit increases for retirement plan sponsors from a variety of different perspectives to help them better prepare and manage the potential impacts points for next year. The content presented is most relevant to single-employer corporate plan sponsors, but there may be some applicability to multiemployer and public sector sponsors as well.

The 2023 retirement plan limits, thresholds and other amounts are presented in Segal’s October 25 insight, “Numbers Retirement Plan Sponsors Need to Know for 2023.” The following table is an excerpt of one of the tables in that insight.

The annual limit increases in previous years may not have warranted much attention from most plan sponsors because the increases have typically been small. However, the considerably more significant increases in plan limits for 2023 may result in a more visible impact for plan sponsors in several areas of plan management, including:

In 2023, retirement plan finances could incur a more significant impact from the limit increases than in prior years. Specifically, the ability to recognize higher compensation, benefits and contribution amounts in qualified DB and DC plans could increase the cash cost and/or accounting expense for these plans.

At the same time, the increases in these limits could result in reduced costs for non-qualified plans that are designed to recognize compensation, benefits and contributions that exceed the respective limits. In this sense, there may be more of a shift in plan cost from the non-qualified to qualified plan, rather than an increase in overall plan cost.

The potential impact may vary from plan to plan based on the following:

An important consideration relating to the cost impact of increases in retirement plan limits is timing of recognition. Financial accounting for DB plans generally looks at projected benefits and, therefore, recognizes the full impact of limit increases immediately. In contrast, contribution requirements under the IRS funding rules reflect participant accrued benefits as of the valuation date, which results in a more gradual recognition of cost increases due to the higher limits.

Other potential financial impacts for plan sponsors include:

Plan sponsors should consider the potential impact of the 2023 limit increases on participant communication and the need to provide education. For example:

Plan sponsors should also consider the potential impact of the 2023 limit increases on their plan’s ability to pass nondiscrimination testing (NDT) requirements. For example:

Plan sponsors may wish to gain further insight and/or conduct further analysis to better understand the potential impact of the issues identified above. Based on the various considerations identified above, each plan may be affected differently. Plan sponsors are advised to review the specific circumstances of their plans to better understand the potential impact. This would include looking at the extent to which its plan participants are affected by the limits (in terms of compensation and benefit levels), funded status risk (e.g., could a potential deterioration in funded status be an issue?), looking at plan design factors which may apply (e.g., DB versus DC, Social Security offset or integration and DC match formula) and how DB plan accounting may be affected.

Sponsors should reach out to their plan actuary to assist with these efforts.

Interested in examining the impact of higher IRS limits on your retirement plans and/or exploring related issues?

Learn more about the determination letter program and how the changes might affect your plans.

The latest edition of Prism examines changes to our model pension plan funded status in Q3 2022.

Get the numbers and learn how the new limits and amounts might affect your plan.