Title IX Consulting: Preparing You for the Future

If you work in the leadership of a higher education institution, remaining compliant with Title IX remains one of your most important responsibilities to manage — and also one of the most complex. However you met this challenge in the past, you’ll have to completely rethink how to provide your students, faculty and staff with a safe environment, thanks to the Final Rule issued by the Department of Education (DOE) on May 6, 2020.

Consisting of more than 2,000 pages, this sweeping new regulation will require higher education institutions to reform almost every aspect of how they handle Title IX issues by August 14, 2020. We’ll walk you through the major areas of Title IX compliance you’ll need to rework, and offer solutions to get your institution ready in this short amount of time.

Questions about our higher education consulting?

We're here to help. Get in touch and let's start a conversation!

The scope and breadth of the new Title IX regulation seems daunting, but we’ve summarized the most important changes below to help you identify some of the major actions you need to take in order to avoid a Title IX complaint and investigation.

What’s new: The Final Rule defines sexual harassment more broadly than before in some ways, including new categories of covered conduct, such as sexual assault, dating violence, domestic violence, and stalking. It also includes language similar to that of traditional quid pro quo and “hostile work environment” definitions, although the hostile environment definition is modified from the one used in most employment settings to require more severe conduct to come within the coverage of Title IX.

What you need to do: A thorough review of your current policies to make sure your institution defines sexual harassment the same as the Title IX Final Rule defines it.

What constitutes notice to the institution

What’s new: The only way a school now can be deemed to have “actual knowledge” of an allegation of sexual harassment is when someone reports it to the school’s Title IX coordinator or an institutional representative with the authority to institute corrective measures. This then obligates the school to begin proceedings in a “prompt” manner.

Currently, many schools operate under a “responsible employee” or “mandatory reporter” model, both of which require that any faculty or staff member who learns of an allegation of sexual harassment to report it to the school’s Title IX coordinator.

What you need to do: If you're operating under a “responsible employee” or “mandatory reporter” model, you should review if those policies still make sense, considering allegations delivered to a faculty or staff member do not necessarily  constitute “actual knowledge” under Title IX. You will also want to make sure the processes you have for directing allegations of sexual harassment to your Title IX coordinator remain well-communicated and efficient in order to meet your response obligations.

Conflicts of interest and bias

What’s new: The Final Rule requires that “any individual designated by a [school] as a Title IX Coordinator, investigator, decision-maker, or any person designated by a recipient to facilitate an informal resolution process, not have a conflict of interest or bias for or against complainants or respondents generally or an individual complainant or respondent.” In practical terms, this means that institutions can no longer rely on a single person to both investigate and adjudicate allegations. Separate individuals must handle the investigation, the hearing and any appeal in order to avoid potential conflicts of interest under the Final Rule.

What you need to do: The most obvious solution — hire new or retrain existing staff to handle Title IX cases — also places a tremendous strain on cash-strapped institutions grappling with an existential crisis. Many institutions are considering outsourcing these roles to a third-party contractor or working with other institutions as part of a consortium to share resources.

What you need to do: Review which burden of proof standard your institution currently uses and decide if it works for all Title IX complaints, regardless of who it involves. In cases where you have to raise the standard currently used for students, make sure the code of conduct governing student behavior reflects this new standard. If you decide to lower the standard for faculty and staff members, prepare to possibly renegotiate the portions of the collective bargaining agreement that covers Title IX complaints.

What’s new: Higher education institutions must now conduct live hearings as part of their grievance process, including live testimony of parties and witnesses in the presence of a decision maker free from any conflict of interest. While some institutions currently use live hearings for complaints only involving students, it’s unusual to have live hearings for faculty and staff complaints. The Final Rule also stipulates how you must conduct the hearings, requiring cross-examination of the parties by each other’s advisor. These advisors may or may not be an attorney, and the institution must provide one to any party who lacks their own (free of charge).

What you need to do: >Depending on your current staffing, you’ll have to hire or contract out employees to fill the various roles required of a live hearing, including advisors and hearing officers, and provide them with the appropriate training. Parties may also request to attend the hearing in separate rooms, so you’ll have to acquire the technology that allows that to happen.

What’s new: Either party to a complaint can file an appeal of the initial ruling based on the following grounds, assuming they believe it affected the outcome of the matter: procedural irregularity; new evidence not reasonably available at the time of the decision; bias or conflict of interest among the institution’s Title IX officers (such as any investigator or decision-maker). The appeals process in the Final Rule supersedes any previous system used by an institution, and mandates schools who lacked an appeals process to put one in place.

What you need to do: Colleges and universities will need to identify a decision-maker for the appeals that is free from conflict of interest. This appeals decision-maker can’t also serve as the hearing officer, investigator, or Title IX Coordinator.

Keeping compliant with Title IX will be a huge challenge. But our Title IX consulting can help.

No matter how large or financially secure your institution may be, the scale of the changes required by the Final Rule will force you to act quickly and decisively to remain compliant with Title IX. Failing to do so means you expose yourself to an investigation from the DOE’s Office of Civil Rights (OCR). These inquiries can cost you significant amounts of time and money, and you could end up losing federal financial aid, to say nothing of the reputational harm and negative publicity to the institution.

But our professionals will work with you every step of the way to rebuild and refine your Title IX processes to keep you compliant. Some of the ways we can help:

Pooling your resources: our consortium solution for colleges and universities

Beyond the help we offer individual higher education institutions, one innovative solution to the Title IX challenge involves several institutions agreeing to share personnel and resources. We can help by:

No matter which of our solutions you feel best suit your needs when it comes to preparing for the new Title IX reality, we'll be there for you every step of the way. Get in touch today, and let's start a conversation about how we can help. 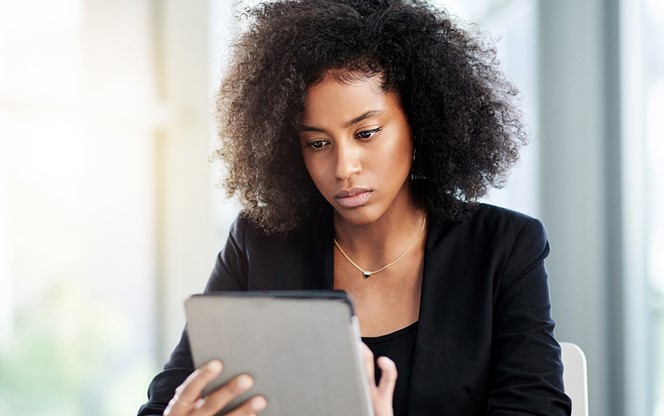 A practical guide for your workforce priorities

Segal's Scott Nostaja discusses what questions stakeholders in institutions of higher education must ask themselves to move forward.