In this interview Diane Swisher, Vice President and Senior Consultant at our communications practice Segal Benz, sat down with Maureen O’Brien for a virtual discussion about what matters most in building a successful career.

Maureen, who is a Vice President at our investment solutions firm, joined Segal as part of the Marco Consulting Group acquisition in 2017.

Her area of expertise is proxy voting and shareholder advocacy. She specializes in engaging companies on behalf of investors to promote environmental, social, and governance change.

Can you tell me the backstory about what inspired you to follow your career path?

As the youngest of four, I learned very early that if I didn’t build consensus, my priorities would never see the light of day. I believe that the actors directly involved in a conflict are best positioned to find a solution.

When it comes to capitalism, investors have an important role to play in communicating their priorities. Investing is about making money. There is no dispute about that purpose.

But how you make that money requires education, communication, and execution. Is the business strategy transparent, and does it line up with executive incentives? Does the business marginalize certain communities? Are short-term gains costing long-term gains? Is our marketplace set up to enable investors to consider the full impact of their financial choices?

I find these questions endlessly compelling.

At a previous job, I traveled to Northern Ireland to assess how U.S. companies were operating in a divided society and reported the findings to U.S. institutional investors.

We collected data on the workforce composition of Irish Catholics and English Protestants to determine if U.S. companies were employing both communities fairly or contributing to discrimination.

It was very fascinating work, especially considering the companies voluntarily reported the gender and religious composition of their workforce long before the U.S. marketplace began reporting on race and gender in their ranks.

As part of that work, I interviewed politicians, thought leaders, and activists. I often went out of my way to explain my process, because my name might be read as a bias toward Irish Catholics. Anyway, one day I was in Belfast, in the waiting room of a Protestant politician’s office chatting to his secretary, and I realized she didn’t see me as Irish at all because of my American accent.

She started telling me stories about what Irish Catholics are like that showcase all the worst stereotypes. I asked her if she knew any Irish Catholics, and it turned out she didn’t personally know a single one.

Imagine that, in a city of about 300,000 roughly divided in half between Catholics and Protestants, she had not a single relationship with someone from the other side.

That day sticks with me for two reasons. The first is that I wish I could hear people’s views openly like I did with the secretary and without the filter that comes from how people communicate based on our gender and race. The second is that equality is not enough. We also need to know one another.

We still have a lot more work to do to achieve gender parity. In your opinion or experience, what are some things that can be done to support this movement going forward?

We can be more proactive at every level to focus on what process changes are required. There is systemic gender bias in our society. In most cases, when people are made aware of it and make it a priority, change can happen.

For example, corporate boards tend to be male dominated and could benefit from more diversity. However, most boards require CEO experience. The data shows the majority of CEOs are men.

In a case like this, we’d ask the board to remove or modify that requirement to include equivalent experience so they’d have a larger pool of candidates. It is an example of a process change that will drive a different outcome.

At a company level, numbers and data are necessary—number of women and racial minorities in leadership and salary comparisons. Then, companies and individuals need to figure out the discrepancies and how to correct them.

If we don’t actively focus on changing the process, the status quo reigns.

You are a business leader. If you had to advise college grads just entering the work force about non-intuitive things one should do to become more of a leader, what would you say? Would your answer be different for a male than for a female?

Leadership doesn’t necessarily mean you are in charge of the outcome or team. It also means being self-led and making the contribution accessible to you at any given point in time.

When you’re starting out, often what you can add is energy, capacity, and a fresh perspective. As you gain experience, you have different skills to add. If you’re in a position—man or woman—to contribute, make sure that’s what you do. Inexperience is no excuse.

Is there a particular person who helped get you to where you are? Can you share a story about that?

I was in my early 20s working on scoring companies on a bunch of different metrics. I wasn’t sure what final rating to assign to the company because the data was inconclusive. I thought the natural next step was to give my manager all the data and ask her to make the call. After all, I was only an analyst. She was annoyed by my request and took a deep breath. I remember her words very clearly. “Maureen,” she said, “you already read through all the information, and you have the data from the other companies. You are in the best position to make the call. So be brave, and call me back when you have an answer.”

It’s a simple moment, but it felt very dramatic. I remember my surroundings so clearly. My office mate was staring at me, my heart was pounding. I looked out the window and thought about quitting. I didn’t want to take accountability for the call. I didn’t want the blowback if I was wrong. That’s the moment I grew up professionally.

Can you please give us your favorite "life lesson"? Can you share how that was relevant to you in your life?

“You can have it all but usually not in the same day.”

We have so many things to focus on—work, family, friends, community, and ourselves—it’s impossible to give 100% to it all every day. You have to prioritize on a daily basis, sometimes hourly.

If you could inspire a movement that would bring the most amount of good to the largest number of people, what would that be?

In these times, I think we all need a check-in movement. I’ve been taking a lot of walks with friends, because there are not many other options for social activity and because we need to stay connected to get through this pandemic. While we are waiting for live music events to return, we can be an audience for each other.

If you were limited to a single sentence to offer to your female colleagues at Segal, what would you say?

Let’s have lunch! I asked people to lunch when I started at Segal Marco, and most of them said yes. Working is more productive and fun when you know your colleagues.

Watch the latest thinking on how best to apply DEI goals to your HR strategy and employee benefits.

Keeping the Pulse on Key Talent Is Imperative to Retention 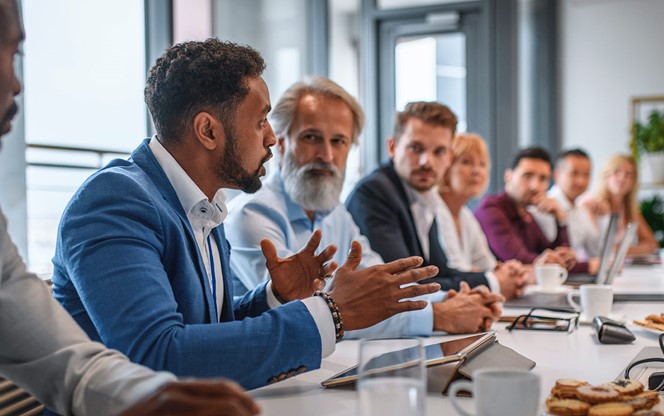 Learn more about the oversight of human capital risks.