In Notice 2019-18, issued March 7, 2019, the Internal Revenue Service (IRS) reversed course and announced that it no longer intends to issue regulations prohibiting defined benefit pension plans (DB plans) from offering lump-sum cash-out windows to participants and beneficiaries in pay status (“retiree lump-sum windows”).* Revision of the agency’s intentions on this issue makes it possible for plan sponsors again to consider offering such windows as part of their strategies for addressing their pension plans’ long-term liabilities.

We're here to help. Get in touch.

The IRS began approving plan amendments implementing retiree lump-sum windows in 2012 in Private Letter Rulings (PLRs) to individual plan sponsors of private plans. IRS issued two PLRs in 2012 and four more in 2014. The plan sponsors that received these PLRs were trying to reduce risk in their plans, and used lump-sum windows for both terminated vested and pay status participants and beneficiaries, in combination with insurance annuity purchases, to reduce the impact of pension volatility on the sponsor’s financial health.

Because of policy concerns about pay-status participants and beneficiaries taking lump sums instead of keeping their annuities, the IRS, in Notice 2015-49, announced its intention to propose a regulation that would prohibit retiree lump sum windows as of July 9, 2015, the date the Notice was issued. The Notice also announced a halt to any further PLR requests with respect to any window amendments that had not already been adopted or otherwise authorized or approved before July 9, 2015.

The IRS continued to list the regulatory project on its business plan until August 2018 when it indicated that the project was “closed without publication.” However, because the IRS did not, at that time, withdraw Notice 2015-49 or provide any further information, the status of retiree lump-sum windows as an option remained unclear. Publication of Notice 2019-18 provides the necessary clarification.

Many public DB plan sponsors are looking for ways to reduce liabilities and potential volatility in their DB plans. This may include a variety of techniques, including closing a plan to new participants, moving to more conservative pension investments as a plan gets better funded, transferring pension obligations to private insurance companies through the purchase of group annuities, and offering lump-sum pension buy-outs (as an alternative to annuity payments) to those eligible to retire. While the existing regulations also appeared to allow retiree lump-sum windows, plan sponsors generally wanted the assurance of a PLR before implementing an option of that magnitude.

Notice 2019-18 states that IRS and the Department of the Treasury no longer intend to prohibit retiree lump-sum windows but will continue to study them. Until further guidance is released, IRS will not assert that an amendment providing for such a window is a qualification failure, but will review the plan as amended for satisfaction of all other applicable qualification requirements. During this period, it also will not issue PLRs on such windows. However, for plans that are able to apply for and obtain determination letters (mostly new plans), it will not include a “no opinion” caveat on the window amendment, which means that the amendment will be covered by a favorable letter.

Segal consultants are available to discuss with employers whether lump-sum windows might be helpful to their DB plan’s strategy for reducing long-term liabilities.

* The guidance at issue in the new Notice and in the earlier (2015) Notice, discussed in the background section above, relates to the regulations under IRC §401(a)(9) concerning when a DB plan annuity stream of payments can be accelerated. See Treas. Reg. §1.401(a)(9)-6.

Learn more about how the Court’s decision impacts employers and plan sponsors.

Register for the Webinar

Clean Up Your Data to Lower Your PBGC Rates

Bad data can cost you more than you think. Learn how we cleaned things up for a client and saved them a bundle. 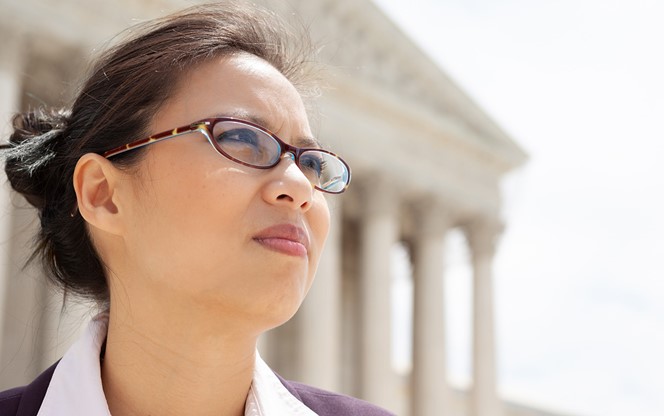 Consider the impact of this historic decision on employee benefits and HR policies, jurisdictional differences and applicability to ERISA plans.